How Does Ed Predict My Business is Going to Go Bankrupt? And Who is Ed?

We are quite sure that many business owners and financial managers, and to some degree even sophisticated financial analysts have never heard of Edward Altman. 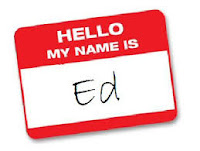 http://www.7parkavenuefinancial.com/restructuring-financing-dip-debtor-in-possession.htmlAltman was a pioneer in financial research into trouble firms. He was a New York professor/scholar. Obviously this took a lot of what we could call ‘ back testing ‘ – that is to say going back in a companies history to determine why they failed and what were the financial characteristics of that failure. A lot of his work revolves around the in depth analysis of 33 firms that went bankrupt eventually.

Altman wrote volumes on companies in distress and bankrupt companies, and is most known for his contribution of a short formula called ‘THE Z-SCORE ‘.

What is the Z-SCORE? In essence it’s a predictor of bankruptcy and business failure! One might think the formula is overly complex, but it is not. It is simply an analytical tool that could be used by any business owner, financial manager, or for that matter a personal investor looking to purchase a stock in the stock market. It is somewhat of a dramatic statement, but Altman felt you could predict the bankruptcy, in many cases, several years before the actual event. (Short sellers of stock take note!!)

Altman developed the tool in the 1960’s and we feel it is still very valid today. The ultimate result of a Z-SCORE calculation is an absolute number. If firms have a score of 1.8 or less Altman maintains the company is a strong credit for bankruptcy.

How is the score calculated? Again, readers will be surprised at how easy the score is to calculate. Remember that the absolute number of the score essentially is a reading on the company’s financial health.

Note ** If any business owner does not know how to get those numbers from his financial statement we suggest they are already headed for business failure!

Each number is calculated and then added up. The result is a final Z-SCORE. Remember that we have said that if a company has a score of less than 1.8 Altman. (Note there is a weighting assigned to each calculation also – readers can do their own research on the calculation)

Believed they were headed for bankruptcy. Obviously when he back tested those financials of firms that ultimately failed he showed they had exhibited a score of less than 1.8 much earlier.

Altman noted that firms with a Z-SCORE of greater than 3 were, in general, strong financially. Readers can also guess that a company with a score somewhere in the middle is a firm in the ‘grey zone ‘. The bottom line – lower is worse!

So would you invest your personal money in the stock market in a company that had a Z-SCORE of 1.8? And do you believe you have a tool that can effectively predict the ultimate failure of a company. And finally, do you know the Z-SCORE of your own firm as a business owner or financial manager – we have shown that it is not hard to calculate. We note that ALTMAN did feel strongly that the formula works better for larger corporations. What the reader does with that data is a subject of another discussion

No formula is absolute, but, the weight of evidence suggests that if Ed (his formula /model) is predicting something, we should listen!

Stan Prokop is the founder of 7 Park Avenue Financial

The company originates business financing for Canadian companies and is a specialist in working capital and asset based financing of all types. For more information or contact details please see: http://www.7parkavenuefinancial.com 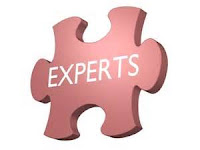