Everything You Wanted To Know ( but were afraid to ask ? ) About Business Bank Loans In Canada ! 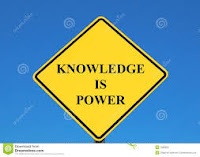 Information on business bank loans in Canada. Financing your business requires a knowledge of working capital solutions that comes from traditional banking or alternative asset based lending

Banking and business borrowing in Canada is significantly different than in the United States. That is primarily driven by the fact that our banking system is uniquely different. In the U.S., borrowing finance is driven through various entities – which include major ‘ money center banks ‘, Commercial banks, community banks, and what are know as S&L’s, ( savings and loans ). In addition the American landscape is populated by community banks.

The Canadian banking system is different, in that the country has chosen to adopt a more smaller ( by competitor ) banking system that is extremely concentrated and dominated by a handful of major players. Primarily these are:

All of these banks support the Canadian Small Business Financing program sponsored by the federal government.

We would point out that some time ago now the government introduced legislation to allow foreign banks to lend in Canada. These banks are known technically as ‘ SCHEDULE B ‘ banks, and are referred to a briefcase bankers in that they do not have the large branch networks that are the domain of our BIG 7 banks as listed above.

Capital for Canadian firms is traditionally much harder to secure in the Canadian banking system. Outside of the aforementioned CSBFL program that is federally underwritten the banks tend to secure small business loans with usually up to 100% of personal collateral. That of course has the customers pledging personal assets, savings, etc. There certainly are no ‘ templates ‘ for fast quick borrowing in the Canadian small business banking. Loan criteria is judiciously adjudicated by underwriters on a case by case basis, and as has been noted, relies heavily on the traditional three C’s of credit – 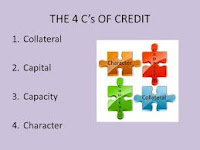 As the Canadian banks have emerged from the current world economic crisis they do however seem to be placing more focus on smaller firms. For example new divisions for small business banking are being created within some players, seminars and trade shows are being offered, and they often sponsor local events.

Larger firms who in many cases do not meet the requirements of the Canadian banks when it comes to significant borrowing requirements are often forced to consider asset based lending arrangements with Canadian and U.S. commercial finance companies who have stepped in to play a role in this vital area.Even though the larger firms may in fact have been in business a number of years their balance sheets and income statements do not meet the borrowing requirements of the Canadian loan committees. During the 2009 world economic crisis and financial meltdown the Canadian banks were consistently lauded for being some of the best run in the world. However, the downside of this is that ‘ best run ‘ in many cases means risk averse and commercial borrowing in Canada is significantly more difficult than in other countries such as the U.S.

The Canadian banks have distinguished themselves by developing software and technologies that have put them at the forefront of commercial borrowing/lending.

In summary, the Canadian banking system is uniquely structured and Canadian business, both larger and small,should focus on the unique strengths of the system borrowing and banking needs. Not all companies will be successful and business owners should ensure their financial executives or advisors know who can best meet their borrowing needs. Seek out and speak to a trusted, credible and experienced Canadian business Financing Advisor with a track record of success who can assist you with business funding needs.