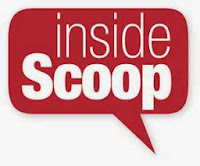 Canadian film and SR&ED tax credits are the ‘ real deal ‘ when it come to your ability to both access, and finance these two pre-eminent tax credits from Canadian federal and provincial governments .

Oh and by the way, they have nothing to do with ‘BITCOIN ‘, the internets newest peer to peer electric money system which we’re quite frankly still trying to understand! So trust us on this one, financing your SRED or Media credit is done with real money! Let’s dig in.

Let’s take a look at film and media type credits first. These credits, at the provincial level, provide producers and project owners with a valuable form of funding that makes their projects, from a financial perspective more achievable.

And make no mistake about it, there’s a very strong competition among the provinces to have your project fall into their hands. Using British Columbia as an example that province in recent years has provided tax credits to the tune of close to 300 million dollars. As an example BC offers a 33% refund of legitimate labor expenses. Ontario and Quebec predominantly compete with BC, and as am example the tax credit for production costs is 25% in Ontario.

While the tax credit isn’t the only reason a film, television, or media production goes to any one province (geography, talent, and production facilities are other reasons) Canadian film tax credits do nevertheless play a huge part in the overall financing model of any project.

Not known to everyone, but certain qualifying foreign productions of non Canadian content can also qualify for refundable tax credit programs. These typically are known as ‘co-ventures’. These co ventures musts still have a Canadian producer, and certain ‘points’ around areas of content must be met.

Let’s move on to our ‘ scoop ‘ on SRED tax credits. This funding program allows companies to access valuable tax credits after they have spent capital on R&D. 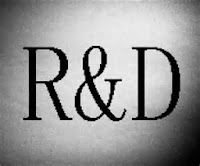 And no, it’s not a grant, you spend the money first and they claim your credit, which as we have noted, can also be financed if you want to bridge the timing gap in the whole process.

Maximum success in the area of SR&ED typically comes when you have a SRED consultant, sometimes known as a ‘ SRED engineer’ prepares your claim. The majority of these folks seem to work on contingency, meaning they are willing, at their time and risk, to prepare your claim in an effort to share in the proceeds.

In recent times the SR&ED consultants have come under attach for aggressiveness in claim amounts, as well as having their own fees determined to be somewhat aggressive also! We won’t weigh in on the merits or non merit of SRED consultants, we will simply say that as a business owner involved in R&D you’re entitled to your share of the 3-4 Billion dollars every year doled out in this longstanding program.

So, if your business or project accesses Canadian film or SRED tax credits consider this – your claims can also be financed. Bridge loans for SRED or media credits are typically 70% loan to value , no payments are made during the duration of the loan, and you receive the final 30%, less financing costs when your credit is adjudicated by the feds and provinces . That can take weeks, months, or a year depending on various factors, so the appeal of financing via bridge loan can be very attractive.

Seek out and speak to a trusted, credible and experienced Canadian business financing advisor who can assist you with the real scoop on accessing financing for SR&ED and Media projects.