Financing Tax Credits In Canada For Sred And FILM And Digital Media : Showing You The Money 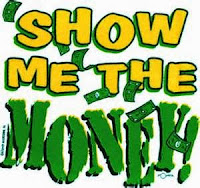 Financing refundable tax credits in Canada (sred / film / digital media)
continues to be immune from the recent front page headlines in Canada’s busines press. Those headlines ‘ screamed’ that (in the case of SR&ED) those generous R&D tax credits were in ‘ crackdown ‘ mode from Ottawa.

The actual title of the article was ‘ Ottawa’s Generous Loans… Crackdown’ and focused specifically on Canada’s SR&ED program , which is one of the most generous and poplar ‘subsidies ‘ in Canadian business . From our perspective the term ‘ loans’ is a misnomer, business actually only receive a refundable tax credit. It’s of course your decision to finance that refund instead of waiting for it. Let’s dig in.

Time will tell if there is in fact a crackdown’ on the popular R&D program which provides billions to thousands of firms year in and year out. Some experts say that amount is currently in the 3 Billion $ range and has in fact been higher in the past. The program is clearly the largest business subsidy in Canada.

Canadian firms who access the program are keenly familiar with all the changes that happened in 2012, including streamlining the application process while at the same time limiting some of the key deductions.

Any SR&ED tax credit refund can be financed – it’s simply a matter of ensuring you have a legitimate claim prepared by a solid SR ED consultant, those third parties that dominate the industry as it pertains to claim preparation. It certainly helps when your consultant is recognized as someone who can show your claim is not too aggressive and therefore not subject to challenge/audit.

Many firms in fact are challenging the govt on what seems like the new ‘ austerity ‘ of SR ED approval. The irony, as pointed out in the article is that the govt seems more focused on direct loans as opposed to R&D tax credits

Canadian Tax credits in film and digital media also have gotten their fare share of publicity lately. In Nova Scotia for example the entire program seems under attack- with the govt reducing the tax credit budget to 6 Million… down from 24 Million!

Again, while any film/media credit is financeable there seems to be less to finance these days! Naturally the debate always continues as to how much the govt and Canada as a whole benefits from jobs, economic activity from the entertainment industry. Ontario for example spends hundreds of millions on film/digital credits. These credits financed almost half of the film and TV budgets based on figures from a few years ago.

Film and TV projects in Canada are akin to our friend Sisyphus’ journey.

Producers must sell rights; produce their shows raise equity, finance print and media advertising, etc. Stats show that on a sample 300k TV show production almost 50% can be covered off by federal and provincial tax credits.

So while the debate rages on remember that any legitimate SR&ED and film tax credit is financeable. Typical financing is structured as a bridge loan to your company or project (in the case of film/media) for 70% of the total of your SR ED or film tax credit certificate.

If you’re looking to finance film, sred, or digital media credits seek out and speak to a trusted, credible and experienced Canadian business Financing Advisor with a track record of success who can assist you with your cash flow needs.