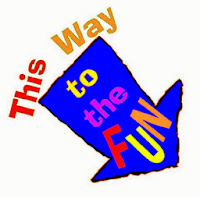 OVERVIEW – Information on financing and funding refundable CRA SRED ( SR&ED ) credits in Canada . In additional to industry’s SR ED credits the Transmedia industry via the film tax credit, as well as tv and digital credits can provide valuable funding for project owners/producers

Film tax credit funding in Canada, as well as the financing of CRA SRED Credits – Could they actually be fun to finance? We suppose the book will always be open to that one, but there is no clearer path to cash flow success than the proper financing of refundable tax credits in Canada. Let’s dig in.

SR&ED credits, as well as ‘ film tax ‘ credits (they include movies, documentaries, television, and digital animation) are among the most popular incentives provided by Provincial and federal bodies in Canada. There are other financeable incentives, but these two refundable credit programs account for billions of dollars of funding that makes its way into Canadian industry as well as the entertainment industry.

Some of the changes that have been made in the SR&ED tax credit program , viewed as negative by some, in fact are positive when it comes to the cash flowing of these programs. Take for instance the extreme scrutiny that the preparers of these applications (‘SR&ED Consultants) came under. Since the quality of the claim is one aspect of the financing of CRA SRED CREDITS who prepared it, and what compensation they received is quite simply a positive aspect in the successful financing of your claim.

While the folks that prepare the actual claim submission are not regulated in any manner the scrutiny they came under simply made things more competitive in terms of your firm, the recipient of the benefit!

One factor in the financing of a SR&ED claim is the amount and accuracy of the claim. Previous filing history also helps, but is not a necessity.

Even if your CRA SRED CREDIT is part of a normal audit it is still of course 100% financeable.

The documentation required to properly finance a SR ED is as basic as any business credit application. It includes financials, owner information, previous filing history, and a copy of your filing. While in years gone by a SR ED claim could only be financed after it has been filed recent trends ( positive by the way !) include the ability to cash flow r&d expenses prior to filing the actual claim. It’s almost … fun.

Some ( not us ) might argue that nothing is more ‘ risky ‘ than the world of film, /TV/animation relative to financial success . We disagree… with a caveat… meaning that when it comes to film tax credit finance you’re as close to a sure thing as you can expect to be .

The key aspect to film tax credit funding is understanding that its only one aspect of the financial structure of a film type project. Other aspects include equity funding, distribution, pre sales, ‘ gap ‘ finance, receivable finance, debt, bonding etc.

Not every producer/project owner has the capability to minimize risk within a group, or ‘ slate ‘ of projects.

Financing the tax credit involves ensuring all of the other parts of a project are in place. It might be a 100% Canadian production, or a legitimate ‘ co production’ with another country. (Tax credit financing is still available in Canada for approved co productions).

Similar to SR ED R&D credits billions await projects in film/TV/animation. While loans and grants are available a huge per cent age of a production in often financed by the cash flowing of a tax credit.

It’s essentially a point system based on your spend in production, salaries, and even geography (where you film or produce) plays a role. The role of the ‘ SRED CONSULTANT ‘ is in the case of film replaced by a film tax credit accountant – with good ones maximizing legitimate claims.

So tax credit financing is fun? We’ll let you be the judge of that, but if you wish to get on the ‘ inside ‘ of proper tax credit funding seek out and speak to a trusted, credible and experienced Canadian business financing advisor who can help you maximize refundable tax credit finance claims. 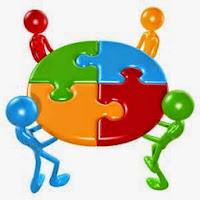