Funding Films & Movie Finance In Canada : Film Tax Credits Are Your Ace in the Hole 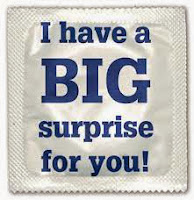 OVERVIEW – Information on funding film, tv and digital projects in Canada. Movie and transmedia film tax credits are key to successful full financing of your project – Here is why and how

Funding films (as well as television and digital projects) in Canada via film tax credits is one of the most solid ways to help achieve full funding for your projects.

It probably comes as a surprise to many that the Canadian federal and provincial governments are in fact the ones that provide the funding for movie finance ( again, TV and Transmedia also ) via refundable tax credits . Financing those credits is your ‘ ace in the hole ‘

Competition is good for any business, and there’s certainly a fair share in the film tax credit business. Incentives provided by the province you film or produce in compete with U.S. states, as well as burgeoning film industries in many other countries. The film industry is somewhat unique in that many countries have chose to work together in a formal manner on productions – these are known as ‘ co -productions ‘ , and if a co-production treaty exists on your project tax credits derived from that are still valid.. and financeable!

As far as Canada goes projects tend to be function of geography or talent or in some cases the simple fact that the tax credit has the ability to finance anywhere from 30-50% of your budget. While many U.S. states that offer film credits are constantly in a debate over the real economic benefit the Canadian government and film industry forges on with generous credits to the tune of billions of dollars. Well over a 100,000 people are in fact employed in the media industry in Canada and billions of dollars in total revenues are associated with the industry.

Refundable tax credits in the film, TV and digital animation industry are known as ‘ soft money ‘ – their main purpose is simply to lower the overall cost of any movie, TV show, of special effects project. That ‘ FX ‘ part of the industry, digital animation is in fact probably the fastest growing part of the business, and in fact these credits (again also fully financeable) even have their own legal category of tax credit.

Because some projects in media might never pay for themselves refundable govt credits offset a large part of the risk that goes into any project. Top experts tell us that from the provincial and federal govt perspective the focus is as much on jobs, employment and taxation revenues derived from the multi billion entertainment industry.

So how are these credits financed? Job #1 is to determine which of several credits will allow you maximize funding. This is often, if not almost always done via a qualified film tax credit accountant.

They review the various ‘ tables ‘ provided by the provincial and federal body to determine how you can best navigate maximum funding.

After you’ve applied for and received your tax credit certificate/approval you’re in a position to start your project, knowing full well that you’ve covered off a large part of the total funding package of any project which typically is owner equity, debt, tax credits, and specialized forms of funding particular to the film/TV/transmedia . Those include pre-sales, gap, print and advertising, etc.

Film tax credits are financed either on completion or during your project – the goal of both timeframes is dependent on your cash flow needs. Typical loans tend to be in the 70% range based on the total value of the credit. The financing is typically structured as a temporary bridge loan pending funding by the province and Ottawa (Note to non – Canadians – that’s our capital!) and the loan is collapsed one the govt remits on the project.

If you’re focused on achieving ‘ ace in the hole ‘ status from your media financing needs seek out and speak to a trusted, credible and experienced Canadian business financing advisor who can assist you with your movie finance needs.