Movie Funding Essentials : A Film Financing Company Can Finance Your Tax Incentive And Other Capital Needs For Media Projects

“ The Film Finance business is a cruel and shallow money trench, a long plastic hallway where thieves and pimps run free, and good men die like dogs. There’s also a negative side.”

OVERVIEW – Information on movie funding and the tax incentive finance strategy that is offered by a film financing company. Tax credits and other forms of film / tv / animation finance provide valuable capital for your projects

Movie funding in Canada (and that includes film, television and digital productions) may not be exciting as in the U.S., so with apologies to famous journalist Hunter Thompson ” The Film Finance business is a cruel and shallow money trench, a long plastic hallway where thieves and pimps run free……………” who was actually referring to the music business its still important to understand what a film financing company can deliver on for your projects if you’re a producer/owner. That might mean film tax incentive credits that are widely used, or other forms of finance unique to the entertainment industry. Let’s dig in.

While almost everyone thinks of ‘ HOLLYWOOD ‘ when it comes to productions the reality is that it has lost a lot of its business to other states in the U.S., Canada, and even Europe. However, our focus here is on Canadian productions.

The film tax credit system in Canada is largely responsible for the success of film financing here. While an ongoing debate rages on around the benefit of govt film tax credits (both the federal govt and provinces offer credits) hundreds of millions of dollars continue to be available to project owners.

When you look at the total financing package of a project the film tax credit portion is often called ‘ soft money ‘. In Canada it’s quite often very achievable to finance 30-50% of a project via the tax credit system. Most people recognize that there’s really what top exerts have called a ‘ global battle ‘ for countries vying for your production via their tax credits.

From the owner/producers point of view film tax credits eliminate a large amt of the risk and at the same time maximize the return on investment for any equity holders in the project. One of the most popular aspects these programs specifically is the ‘ PRODUCTION SERVICES TAX CREDIT ‘ (PSTC), which finances a large component of your labor costs. And again, remember that that includes film, TV, and interactive digital productions.

Financing for your PSTC is available because the program is structured as a refundable credit – allowing you to cash flow the claim. Similar to financing SR&ED research tax credits the financing is typically structured as a bridge loan, with no payments being made until the govt issues the refund cheq. That of course allows you to recover monies spent, satisfy other obligations within the project, or start on your next project!

In the case of the PSTC or digital credits it’s important to have a good film tax credit accountant prepare and maximize your claim.

Financing from traditional institutions such as our Canadian chartered banks is generally not available for independent producers. The size of these projects (generally smaller) and the ‘ risk ‘more often than not preclude traditional financing.

If you’re looking for film tax incentive financing from a film financing company for tax credits or the other forms of film finance (presales, distribution, gap, etc) seek out and speak to a trusted, credible and experienced Canadian business Financing Advisor with a track record of success who can assist you with your capital needs. 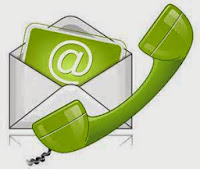 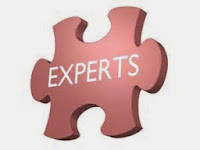