SR ED Claims Financing In Canada. Don’t Be A Victim Of The Waiting Game in SRED And Film Tax Credit Incentives

SR&ED Claims financing and the finance of film tax incentives in Canada eliminate the ‘ victim’ part of these two solid government programs. The’ victim’ part arises when a lot of work and effort and by Canadian business people leads them to ‘ waiting ‘ 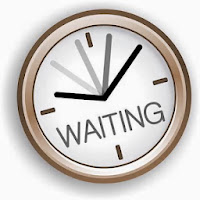 for their claims to be finalized and funded.
Let’s dig in.

Similar to programs in the U.S. the Canadian government funds research via R&D tax credits. Here’s one case where the ‘ little guy’ often benefits more than larger and sometimes publicly traded companies in Canada. Private ( i.e. not publicly traded ) firms receive billions of dollars of funding in Canada for recovering a large percentage of the monies they spend on salaries, contractor cost and overhead as these relate directly to research.

While the thousands of firms that receive funding might find their claims a little smaller these days (example: equipment purchases related to R&D no longer qualify) the ‘ cash back ‘ benefit of the combined federal/provincial program can’t be denied.

Prior to considering SR ED claims financing a tremendous amount of work, and some risk goes into claim preparation . From software firms to mfg companies all across Canada third parties known as ‘ SRED Consultants ‘ prepare and file claims. The majority of claims prepared seem to be on a contingency basis, with the SR&ED consultants bearing the risk in time and costs in your claim preparation. In return for that they typically take a fee of 15-30% of the total claim. Naturally business owners also have the choice of simply paying for a qualified SR&ED practitioner on a straight fee for service basis.

While the government has clearly made things easier for claimants, i.e.

none of that takes the ‘ waiting’ out of your cash refund.

Media credits in movies, TV and animation, also under the auspices of federal and provincial programs, take a lot of the risk out of the task of financing projects. Traditional bank type financing is difficult to achieve for smaller independent producers. The complex web of financing a project involves a lot of moving parts:

‘GAP’ financing (a ‘ bridge’ between production and future sales potential)

Have we forgotten anything? 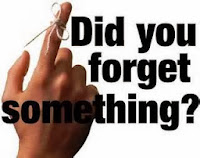 We sure have! It’s the generous film tax credit incentives that monetize a large part of the costs of production of any project. In many cases of 40-50% of a qualified budget can become a tax credit refund to owners. Claims are best prepared by experienced film tax credit accountants – specialized folks who maximize claims.

While some might argue there is little in common between producing an animated film versus striving for improvements in software, biotech, mfg, or robotics the one constant is the finance ability of either of these two programs.

While owners can choose to wait for months , perhaps up to a year for recouping funds under either program they also have the option to ‘ cash flow’ their tax credits .

Tax credit loans for SR ED and Media are financed very similarly. Bridge loans will advance typically 70% of the combined value of the federal and prov. claim. No payments are made during the loan period. When the government approves and funds your credit you receive the balance of the claim, less financing costs that are typically priced at ‘ mezzanine ‘ type rates.

If you feel you can benefit from the immediate financing of film tax credit incentives and SR ED projects seek out and speak to a trusted, credible and experienced Canadian business financing advisor who can assist you in claim finance. 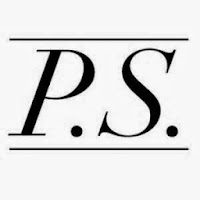 P.S. Yes, it’s true; claims can also be financed prior to formal submission to government bodies.