The SR ED And Film Tax Credit Evolution . Financing Industry Credits for R and D and Media In Canada 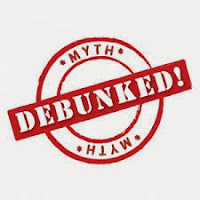 A Debunk on the SR&ED tax credit and film industry credits in Canada? When it comes to both applying for, as well as financing federal and provincial tax credits in ‘ research’ and ‘ media ‘ is a ‘ debunk’ really required.

We thought that term was appropriate because it of course means ‘ exposing a false or exaggerated claim’ ; and having spoken to clients for years on this subject there is a lot of misinformation as well as a thirst for knowledge around these two somewhat fantastic program that fund Billions of dollars in these two industry segments. (Research / Media) Let’s dig in.

Let’s first focus on film tax credits as they relate to the government incentives in this area. Knowing which tax credits to access can make or break a production in film/ TV, or animation.

Not everyone is aware that the province you complete your production in can change the amount of your tax credit claim. Foreign producers will be most familiar with completing projects in Toronto, Vancouver, or Montreal.

Using the province of Ontario only as an example (almost all provinces offer a provincial component of the tax credit) you can actually get more credit (and therefore more funding!) by filming TV and movie projects outside of Metro Toronto. Another interesting fact is that a first time producer is eligible for additional credit on qualified labor expenses under the program.

The fastest growing sector of the ‘ Media’ credits is probably the area of animation and special effects. There must be minimum ‘ Canuck’ content with the ability to maintain licensing control. It’s common for producers to create a separate legal company for each project, often called an SPE, or Special Purpose Entity.

Before addressing the actual financing of SR ED or film tax credits let’s focus on some key areas of SR&ED credits. The last couple of years have been somewhat ‘ tumultuous’ in R&D credits. Late breaking news seemed to be ‘ breaking ‘ all the time. This included a new online application form (the ‘T661).

The ‘ upshot’ of the new form was a simplified application process, as well as brings the actual people who prepare these claims (SR&ED CONSULTANTS) out from behind the curtains.

These folks typically charged fees of anywhere from 15-35% of the total claim, and many felt that the government funding of these claims wasn’t necessarily moving Canadian innovation along, as opposed to enriching the good folks known Sred consultancies.

Many viewed the elimination of ‘ CAPEX’ expenditures as a blow to the program, but Billions of dollars are still funded through the program.

Yes, SR&ED and film tax credits have evolved over the last several years. Is there one constant? If there is it might just be the financing of these credits. Whether you are a first time claimant for R&D or Media credits or have filed previously any claim that you are making is financeable.

So how are SRED and Media tax credits financed. Despite being different programs they are financed in a similar manner. Claims are typically financed at 70% loan to value – the 30% remainder is viewed as a buffer or a holdback of sorts. Loans are structured as ‘ bridge loans’; with no payments made during the duration of the loan. A ‘ hot ‘ trend in tax credit financing is the ability these days to finance claims that haven’t fully been filed yet, generating even more cash flow much earlier for your projects.

If you’re looking for the ‘ scoop ‘ on tax credit financing for R&D or film industry credits seek out and speak to a trusted, credible and experienced Canadian business financing advisor who can assist you maximizing cash flow in the tax credit evolution in Canada.