The Problem Of Waiting For SR&ED And Film Tax Credits – Solved! 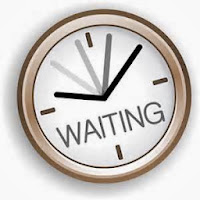 OVERVIEW – Information on the SRED bridge loand and tax credit loans for media credits in Canada . How to eliminate ‘ the wait’

SRED (SR&ED) R&D tax credits, as well as media credits for projects in film, television and animation play a special role in two key areas of business in Canada. As with any aspect of business there are downsides occasionally, and in this case it’s all about ‘ waiting ‘ for your refund. Let’s dig in.

A Sred bridge loan and tax credit loans for media credits alleviate ‘ waiting ‘. Let’s take a look a how certain aspects of ‘ waiting’ can be accelerated, turning your credits into valuable cash flow.

As we’ve said, we’re talking about two of the most popular government programs in Canada, the SR&ED research program, as well as the Entertainment industry’s government tax incentives. They are different, and, guess what, they are similar. In fact you’d be surprised at many of the overlapping issues, similarities, etc.

Let’s talk about SRED (‘Scientific Research & Experimental Development ‘ ) first. Your ability to prepare a quality claim will always accelerate both the approval, as well as the financing of your claim. The vast majority of SRED claims are prepared by a third party that clients engage – they are the infamous ‘ Consultant ‘with claim preparation expertise in (hopefully) your industry. Their ability to properly ‘ write up’ and file your claim, while maintaining a good ‘ audit trail ‘ will always speed up due diligence by both the government as well as your SR&ED financier , the latter being of course involved when you choose to finance or ‘ cash flow’ your claim.

In talking to clients we’ve financed claims for over the years it’s clear that having filed once already simply builds on your expertise to file successfully again. But don’t despair. First time claims, done properly, can be successful, and YES… They can be financed!

The whole process of SR&ED research credits revolves around how your company attempted to resolve ‘ uncertainty ‘ in your company and industries technology, processes, etc. But remember, there’s no uncertainty in financing your claim – any claim that is either filed or in process is eligible for financing, accelerating your recovery of cash spent.

With due respect to research in Canadian industry it’s safe to say ‘ HOLLYWOOD NORTH ‘ , 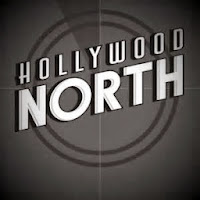 aka Canada is a bit more of a seductive conversation when it comes to tax media credits that the federal and provincial government provides for projects in animation, software, film, and TV. These credits are for 100% Canadian projects, as well as projects, that must be pre approved, that have foreign ownership content… aka the Joint Venture… often with those Hollywood folks who find the appeal of our tax credits too irresistable to dismiss.

Producers/ project owners qualify for expenses occurred in key areas such as labor and services. The role of the claim preparation switches here to a tax credit accountant,

formal designation or otherwise, who takes over the same role we spoke about re the ‘ SRED Consultant’.

A few genres of ‘ content’ aren’t eligible for media credits – understandably they include ‘ adult content’, sports events, and some others. Media credits in film, TV and the exploding world of animation involve complementary programs via federal govt and our Canadian provinces. When combined they can often provide, broadly speaking, anywhere from 30-50% of your entire budget. In fact provinces compete with each other vigorously to solicit projects and productions… Vancouver, Toronto and Montreal are epicenters of media projects.

When tax credit loans are desirable for your claims it’s a simply process. Here’s where a lot of the similarities kick in – Claims in SRED and Media are typically structured as bridge loans with no payments. They often provide a cash flow loan of up to 70% of the total value of your claim. Diligence is given to the amount of your claim, who prepared it, and first time claims are financeable, 2ND time claims even better!

If your firm has SR&ED or Media Credits to finance seek out and speak to a trusted, credible and experienced Canadian business financing advisor. It’s all about cash flow, and eliminating the waiting!