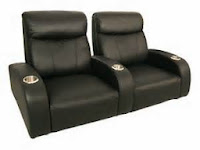 OVERVIEW – Information on SR&ED and film media tax credit incentive finance in Canada . Whether its recovering cash flow from r&d capital, of financing a media project claimants can accelerate cash flow by financing credits under these two robust programs

SR&ED financing , as well as a film media tax credit incentive loan continue to be a mystery to many successful applicants of both of these two programs. So who wouldn’t appreciate a ‘front row seat ‘ when it comes to monetizing both of these claims?

Let’s take a look at the ‘ SRED ‘ program first, and then we’ll move on to media tax credits. For the thousands of firms who claim R&D tax credits in Canada the last couple years have been somewhat ‘ tumultuous’, and that’s a bit of an understatement. And that’s for the applicants themselves, let alone the tax accountants and the SR&ED consultants who prepare these claims on behalf of clients.

We’re reminded of the cliché ‘ do you want the good news or the bad news ‘as it seems appropriate here. From a ‘ bad ‘ news perspective some of the actual per cent age credit amounts came down, capital expenditures were eliminated, and the claim preparers were forced to disclose their fees as well as identify themselves. The ‘goods news’ 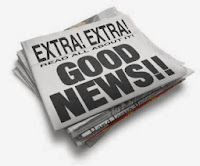 could basically best be summarized as a simplified application process.

While it would appear the govt will save well over a billion dollars in payments to claimants that’s little consolation to the SME (small to medium sized entities) sector which relies on cash refunds on research to further growth/competitiveness, etc.

Having said all that, on average successful claimants can in fact still recoup about 30% of their research spent.

Successful claims prepared by qualified SR&ED consultants still force firms to be in the ‘waiting line’ when it comes to the approval and auditing of their claim . That’s when financing your claim just might make the most sense!

When it comes to the film media tax credit incentive programs things are a bit more exciting! Canadian provinces seem more excited, and interested in further developing the cache around ‘ HOLLYWOOD NORTH ‘.

A tremendous amount of time is spent by producers/owners getting financing together for a project. Tax credits in any of our aforementioned genres more often than not help leverage the other financing that is required for projects. Those financings include debt, equity, gap, pre-sales, etc,etc,etc.

Many projects are in fact ‘ co productions’ with other countries such as the U.S. These days ‘ visual effects’ are a large part of most budgets , and a lot of the costs associated with technology in that area can be financed by the tax credit program of the particular province in combination with the federal govt.

In fact animation/effects is probably the fast growing segment of the industry and Canada has the talent base, complemented by the tax credit program, to address that challenge.

Financing a ‘SRED’ or film media tax credit incentive is remarkably similar and straight forward. Claims financing is typically structured as a bridge loan, with an advance made against the combined provincial and federal credits. Even more exciting these days is the ability to finance claims that have not been formally filed – talk about a cash flow win!

Financing is closed and completed when Ottawa and the province you’ve filed under approve and refund the claim. Financing simply eliminate the wait and allows you to complete a project, or start the next one!

Don’t let tax credit finance be a mystery when it comes to R&D capital recovery, of the financing of a Media tax credit in film. tv and Fx. Get a front row seat by seeking out and speaking to a trusted, credible and experienced Canadian business Financing Advisor with a track record of success who can assist you with your bridge loan needs under either of these two programs.