Financing film, TV, or animation tax credit incentives in Canada is somewhat akin to masterminding successfully productions in these three areas of entertainment. Canadian federal govt and the provinces provide these credits which are modeled closely to those tax incentives provided for by other countries, particularly those Hollywood folks. Let’s dig in.

The tax and employment benefits around movie, TV and digital animation projects have encouraged Canadian governments to provide some of the best funding available in the world. As an example let’s look at Production Services Tax Credit, which is just one incentive that is financeable.

The federal portion of this credit (there is often both a federal and a provincial component to each type of credit) pays for 16%, as an example, of the labor on any project,

As we noted the true power of cash flowing refundable tax credits revolves around maximizing all that is available. In that case producer/owners of projects should always consider the matching programs offered by the provinces. In this case the provinces (primarily Ontario / BC / Quebec – but pretty well all have credits available) actually compete very aggressively against each other for a piece of your action! Foreign producers have to then make a choice on where they will film, or in the case of digital animation, produce their project.

When it comes to Transmedia projects utilizing all or in part animation Ontario, Quebec and British Columbia have a very attractive

To make our point, combining the provincial program with the federal one can often pay for anywhere from 30 – 70% of your total labor cost on a production, Ontarios (again, as an example) animation credit is called ‘ OCASE ‘ and can be layered onto your applicable federal credits. 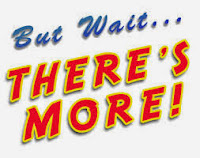 In certain cases, let’s use Ontario as an example, if you film outside of major metropolitan centres such as Toronto, additional credits are applied.

as well as your lawyer, who typically on his or her part sets up a separate corporate entity for each project .

It’s typically your tax accountant or lawyers work to get the actual ‘ tax credit certificate’ as well as maintaining the financials and legal filings just as they would for any other type of business.

So the actual cash flowing of these tax credits? We thought you would never ask! Refundable TV, film and animation credits can be financed at anytime, i.e. prior to filing, after you file, or even after your project is completed. Typical advances on the credits are in the 70% range. The appeal to the producer /owner is that they help cash flow any current project, or help you fund your next one. Further appeal arises around the way in which these are financed – no monthly payments and structured as a temporary bridge loan.

If you’re interested in masterminding the financing of a film, TV or animation tax credit seek out and speak to a trusted, credible and experienced Canadian business Financing Advisor with a track record of success who can assist you cash flow the credit.